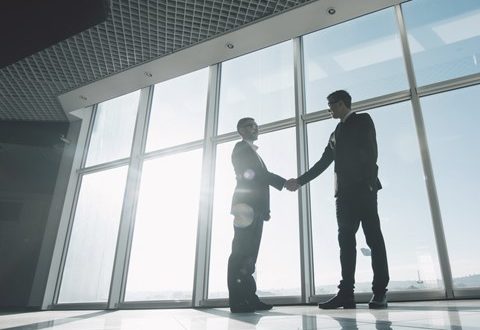 Have you ever signed a contract which seemed to be perfectly clear, straightforward and reasonable at the time it was agreed, but which later turned out to be ambiguous in important respects or which gave rise to unintended and arguably unfair results?

If so, you are not alone. Indeed, in our experience, many business contracts are not as clear as they could be and this can lead to all sorts of problems – particularly when things go wrong and parties fall out.

Provisions around dates and time limits can be especially troublesome, and as Jonathan Padgett, Commercial Solicitor with Bailey Smailes in Huddersfield explains ‘This is a particular problem when it comes to DIY contracts, which have been downloaded from the internet or cribbed from past agreements. It also highlights the importance of using a solicitor to do the drafting work whenever you can and notably when it comes to preparing key and high value contracts.’

The problem with date and time clauses

The biggest issue we see with time and date clauses is the use of phrases which are bound to cause problems, because they could be construed in one, two or even multiple ways.

For example, if you have a contract which says that a customer has 21 days from the supply of goods in which to pay for them, does that mean that they have 21 days including the date of supply or 21 days from the date following supply? And what about if the contract says that you have 21 clear days? Does that also mean that the date of supply is excluded, and is it the case that the date on which the 21-day period expires should be excluded from the calculation too?

Likewise, if you have a contract which provides for goods to be delivered by close of business on a certain date, what is the cut off time? You might assume that it will automatically be 5pm but, depending on the industry you work in, this might not always be the case. For example, in a recent dispute which came before the courts, close of business was held to be at 7pm because that is when the international banks involved in the case conventionally closed for the day.

Consequences of a breach

Another problem that crops up repeatedly is a lack of clarity around the importance of complying with a particular time or date provision, and the consequences that will flow from a deadline being missed. This may vary depending on how crucial it is that a deadline is met.

Many business owners that we talk to assume that a failure to comply with a contractual deadline will automatically give rise to rights of termination. However, the reality is that such a right will rarely exist unless your contract has been drafted to expressly confer such a right.

This is because your ability to terminate a contract for failing to comply with a time or date-specific provision will only be invoked where:

Where the drafting of your contract does not make the intended consequences of non-compliance clear, you will be forced to rely on fall-back rules which will only allow termination where:

In all other cases, a breach of a date or time provision will usually, at most, allow you to seek the payment of compensation.

How we can help

By using our commercial team to prepare your contracts, or even to look over existing agreements in order to flag up potential areas of concern, we can ensure that:

What if you leave it to chance?

Where the meaning or effect of a date or time clause is not clear because of poor drafting, then it may be necessary to refer the matter to court or to put the issue before an arbitrator.

In this scenario, the approach that will be taken to construing the contract will be to try to determine the objective intention of you and the other party (at the time the contract was agreed). The court will consider both the actual words used in the relevant clause and also to the wider context, including:

The thing about leaving it to the court or an arbitrator to decide how a contractual provision should be interpreted, is that you can never quite be sure about the interpretation that will be applied. So, it is always better to reduce the chances of you needing to go down this route by getting an experienced lawyer on board to draft your contracts in a clear and unambiguous way.

To find out more, please contact Jonathan Padgett on 01484 435543 or jonathan.padgett@baileysmailes.co.uk.

This article is for general information only and does not constitute legal or professional advice. Please note that the law may have changed since this article was published. 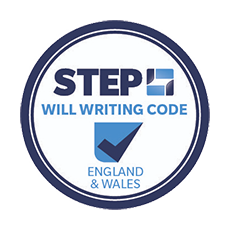 At Bailey Smailes we have vast experience of helping clients to administer estates and it has been a core part of our practice ever since 1827. We only employ Solicitors to deal with Estates so that you know you will receive gold service legal advice at such a difficult time. At the outset of a matter, you will be dealt with by one dedicated Solicitor who will handle your matter throughout.

We will handle the full process for you. This quote is for estates where:

Disbursements included in this fee:

Disbursements are costs related to your matter that are payable to third parties, such as court fees. We handle the payment of the disbursements on your behalf to ensure a smoother process.

How long will this take?

On average, estates that fall within this range are dealt with within 6-12 months. Typically, obtaining the grant of probate takes 6-10 weeks. Collecting assets then follows, which can take between 6-10 weeks for bank accounts or similar. If there is a property within the estate that requires selling a conveyancing timescale is usually 6-8 weeks but there will also be the time it takes to secure a buyer which obviously varies – once a property has been sold, we will close utility accounts, insurance, Council Tax etc which usually takes 4 weeks. Once this has been done, we can distribute the assets, which normally takes 1-2 weeks.

The above is an indication of likely cost on a time basis. We do tend to find that clients prefer a fixed fee quote for Estate Administration work, and these are provided on request. Should a fixed fee be requested we will not undertake any further work until you are happy with and accept that fixed fee quote. The Disbursements referred to above are also payable in addition to the firm’s fixed fee.

No matter how you decide you would wish for us to charge we will always: –