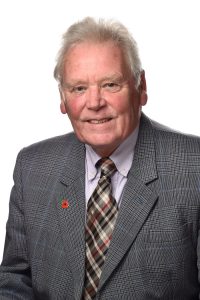 Ian is the Senior Partner at Bailey Smailes and Head of the Private Client team. He has considerable expertise and extensive knowledge on issues including Wills, Probate and Lasting Powers of Attorney, as well as matters relating to Inheritance and Capital Gains Tax. With over 50 years’ experience in practice, Ian deals with a broad spectrum of complex matters on a day to day basis. He also has substantial knowledge in Agricultural issues, as well as Commercial and Residential Property transactions.

Ian joined the firm in 1968, qualifying as a Solicitor in 1973. He became a Partner in 1974, albeit in one of the constituent firms, Smailes & Walker. Ian is accredited with STEP (Society of Trust & Estate Practitioners). 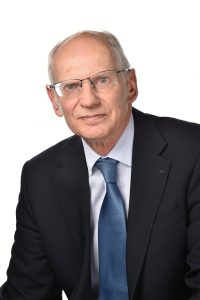 Alan is a Partner and Head of the Residential Conveyancing Team. He completed his Law Degree at the University of Sheffield and qualified as a solicitor in 1975. He became a Partner in one of the constituent firms, Heap Marshall and Healey, in 1985 and has been a Partner at Bailey Smailes since amalgamation in 2000.

In his early career, Alan gained extensive experience in matrimonial and litigious work but, for the last thirty years, he has specialised in Residential and Commercial Property, including Freehold and Leasehold Sales and Purchases, Re-mortgages, the Granting of Leases, Transfers of Equity and Equity Release. He has a wealth of knowledge in this area and also other non-contentious work, including the making of Wills and the Administration of Estates.

Alan’s attention to detail and broad range of skills means that he can deal competently and efficiently with all matters within the Residential Conveyancing spectrum.

Alan has lived in the local area all his life and is a dedicated follower of Huddersfield Town. 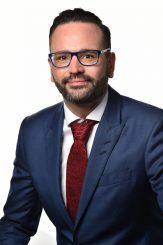 David is the firm’s Managing Partner, a role held since 2015, having joined Bailey Smailes in 2007.

David is a very experienced Private Client Solicitor, with over 15 years of specialism. He can advise on complex Wills, Tax Planning, Trusts and Estate Administration. In addition, David can assist with Lasting Powers of Attorney and Court of Protection matters.

David is a full member of the Society of Trust and Estate Practitioners (STEP) and was also awarded the mark of distinction in the further STEP qualification Advanced Certificate in Will preparation. He is also a full professional member of Solicitors for the Elderly (SFE) and The Ecclesiastical Law Society.

David is a Governor of a local special needs secondary school and part of the team which won the National Governing Body Award.

David is a Consultant in the Commercial and Development Property Department, after previously being a Partner at Bailey Smailes for 23 years.
David qualified as a Solicitor in 1966, after completing his 5-year Articles of Clerkship at a Law firm in Leeds. He has recently been certificated by The Law Society, for being on the Roll of Solicitors for 50 years, in addition to his services to the Profession.

The culmination of David’s long and distinguished career, means that he is extremely knowledgeable in all aspects of Commercial and Development Property transactions, and can handle more complicated matters with ease. 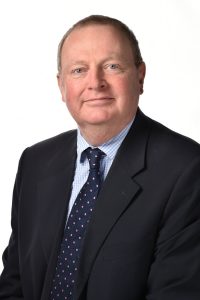 Jonathan is a Senior Solicitor and Head of the Commercial Property Department, boasting over 30 years’ in Practice. Although specialising in Commercial Property, he is comfortable in dealing with Private Client matters, such as Wills, Lasting Powers of Attorney and Probate. Jonathan also has extensive experience in Agricultural cases.

Having qualified as a Solicitor in 1985, he has gained substantial knowledge from working in various large law firms around the region. His straightforward manner and pragmatic approach to complex issues, means that clients always receive clear and concise advice. 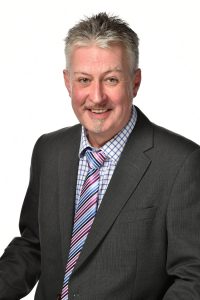 Richard began his career as a junior clerk at a long-established firm of Chartered Accountants in Halifax, directly from leaving Crossley & Porter Grammar School in 1983. He stayed with the firm for 11 years, progressing to become a Senior Auditor, before leaving to take up an opportunity with one of their Solicitor clients, who required a Head Cashier/Practice Manager.

Richard eventually moved away from the day-to-day accounts function but remained as Practice Manager with this very successful firm for 14 years, until they were taken over by a much larger practice in 2008. He was then given the role of Project Manager with the newly amalgamated firm and remained with them until 2013, when the opportunity arose to return to Practice Management with Bailey Smailes.

Rchard is a fellow of the Institute of Legal Accounts Managers, having passed their exams with Merit many years ago.

He enjoys motorcycling, watching motorsport and creating art, in his spare time. 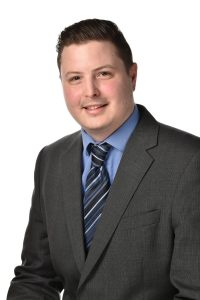 Sam began his career as an Accounts Assistant, after completing Accountancy, Business Studies and ICT A-Levels at Kirklees College in 2005. This position was held at various local firms before moving to the role of Trainee Cashier at a long-established firm of Solicitors in Huddersfield in 2007. He stayed with the firm for 3 years before progressing on to more senior roles with two Manchester Law firms.

Sam joined Bailey Smailes as Senior Legal Cashier in 2014, and has over 12 years specialism in Legal Accounting. Sam has since studied towards the Institute of Legal Finance and Management (ILFM) and the Association of Accounting Technicians (AAT) Diplomas.

In his spare time, Sam enjoys socialising and playing/watching football and is a keen supporter of Manchester United. 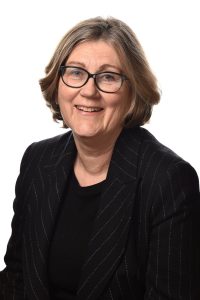 Sarah is a Senior Solicitor in the Private Client Department. She has been with Bailey Smailes since 2002 and has over 35 years’ experience working at various firms around the globe.

Sarah’s expertise has been further enhanced by working in a number of roles around the world, including locations such as Tokyo, Hong Kong, Australia and London. She can assist with all matters relating to Wills, Lasting Powers of Attorney, Probate, Tax Planning, and Court of Protection matters, in addition to Residential Freehold/Leasehold Sales and Purchases. 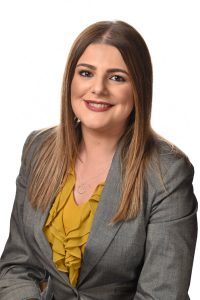 Tiffany is a Residential Property Solicitor based at the Holmfirth Office. She joined Bailey Smailes upon qualifying as a Solicitor in early 2018. She completed her training contract at a well-established firm in North Leeds, the seats she undertook being Residential Property, Commercial Property, Employment Law and Personal Injury. She studied for her Law Degree and completed her Legal Practice Course at the University of Huddersfield.

Tiffany deals with a variety of matters including Sales and Purchases of Freehold Properties, Leasehold Titles and Transfers of Equity. She also acts for Developers in the Sales of new build homes on plots throughout West Yorkshire.

Tiffany requires little supervision, however, she does receive support on more complex matters from a Partner of the firm, Alan McNeil, who has over 40 years’ experience and is Head of Conveyancing.

In her spare time, Tiffany enjoys running, sightseeing and travelling the World as and when she can.

David Wells is the SFE accredited Solicitor for Bailey Smailes

Bailey Smailes share the concerns and worries that many of our clients may have regarding the Coronavirus health crisis.

We want to reassure our clients of the measures we are taking to ensure that we continue to provide the best level of service possible.

Taking into account the most recent Government advice, we anticipate that, for the foreseeable future, most meetings will have to be replaced by telephone calls.

At present we are unable to offer face to face appointments.

Some of our solicitors and support staff will be able to work from home. They will also have remote access to our practice management system, document sharing, banking facilities and email.

Inevitably, some of our services may be affected. If you would like to contact us to discuss your circumstances, we will be able to advise whether or not you are likely to experience any delays.

As a firm, we remain committed to providing as full and uninterrupted a service as we are able during these unprecedented times and thank you for working with us to ensure that we can minimise any negative impact on your affairs.

This notice will change in line with evolving Government guidance. In the event that the Government forces us to close our offices and we cannot be contacted on the usual numbers, please call us on our dedicated mobile number of 07584 729 517.

If you have any concerns or queries regarding this information please email the fee earner dealing with your matter or: